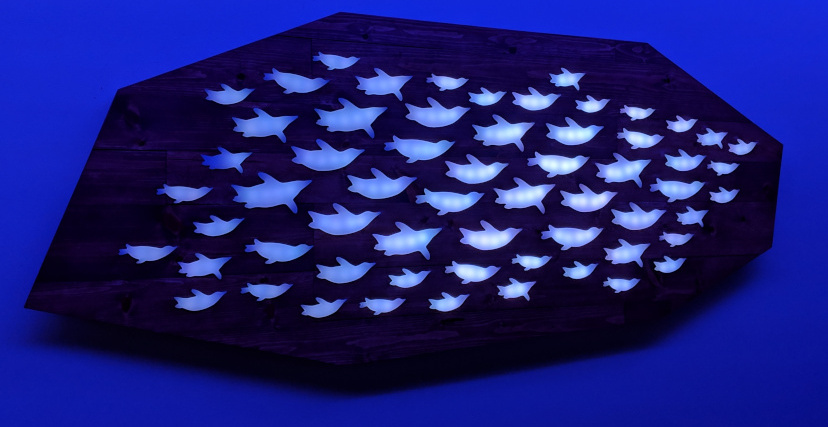 The Penguins donor wall was a project that was done at Ideum for the Albuquerque Biopark Penguin Chill Exhibit. For more information on the entire exhibit check out Ideum's Portfolio Piece. This is part of a few exhibits that I worked on for the exhibit.

The Donor Wall, as the name implies, is part of the installation to honor the many donors that made the entire exhibit possible. It consists of approximetly 50 different sized acrylic penguins that are back lite and each displays a different donor's name. The backlighting is a constant gentle undulation meant to emulate an ocean wave.

The lighting for this installation consists of approximetly 200 LED's that are controlled by a single Arduino to provide the undulating effect. The underlying LED's' are actualy kept in a single strip that wraps its way around the entire donor wall. This single strip of LEDs was then mapped into rows that corresponded to each row of penguins. To create the undulating effect the position of each led was animated over time with a sine wave that created a smooth and appealing animation. 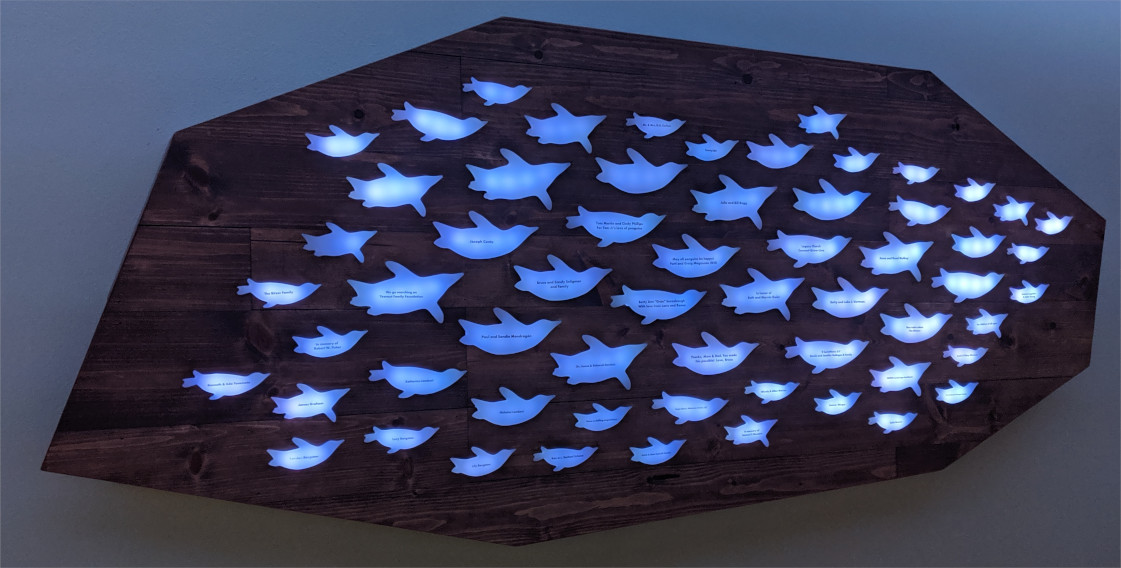